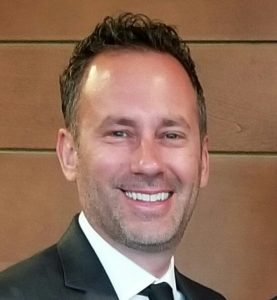 Scott Brinen is the owner and head coach of Badger Track Club in Madison, Wisconsin. As a former University of WIsconsin Track and Field and Cross Country athlete, Scott has been coached and mentored by the best of the best including Martin Smith, Jerry Schumacher and Ed Nuttycombe, the winningest men’s track coach in Big Ten history. He brings these lessons and lifelong love of running into the mission of the Badger Track Club program, and extends into his involvement with Athletes Without Limits and as a Board Member for Girls on the Run South Central Wisconsin and a lululemon Brand Ambassador for Run.  You can follow Scott on Instagram HERE 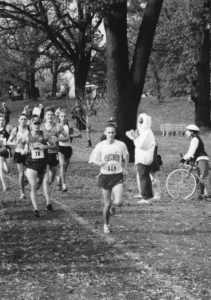 Scott’s accomplished career began at Racine Horlick High School where he was introduced to running his sophomore year, training and growing into one of the state’s top distance runners competing and placing in WIAA state high school cross country and track meets year after year.

While at the UW, he was a member of 6 winning Big Ten Championship teams (2 Cross Country, 2 Indoor Track and 2 Outdoor Track), the only team in Big Ten history to win the distinguished Triple Crown three times. He competed in the 1,500, 3,000, 5,000, 10,000 meter events. Proud to be part of the winning legacy of the men’s running program, Scott has been active alongside other letter winners of UW sports and was the president of the  W Club from 2021-2022

Post college, he competed for Wisconsin Runner, competing in two USATF Cross Country Championships. Scott is a 5-time Light House Run Champion winning three 4-mile run championships and two 10-mile run championships – the most of anyone in the history of the race, earning him a place in the Light House Run Hall of Fame.  Scott was chosen to be the Head USA Track Coach for the 2019 INAS Global Games in Brisbane Australia through Athletes Without Limits. He will be the Head USA Cross Country Coach for the 2022 Virtus World Cross Country Meet in San Diego, as well as the Virtus Global Games in Vichy France in June of 2023.  Also in 2019, he brought the USATF Junior Olympic National Cross Country Championship to Madison as the meet director in a partnership with the Madison Area Sports commission and Wisconsin USATF. In the fall of 2020, he joined the Girls on the Run of South Central Wisconsin board of directors. 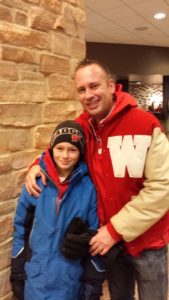 -Scott Brinen “I believe that Track and Cross Country can help you learn lessons about being a well rounded person, to learn selflessness, to help other people in this world. The lessons you learn from these two sports will carry over into anything that you do in life, it is an invaluable lesson.  Dedication, hard work, commitment to other people and to something bigger than yourself is what this is about.  Running is a lifelong sport.  Track and Field is the most diverse sport from both a physiological and socioeconomic standpoint in our country.  I want to give as many people as I can the opportunity to participate in both” 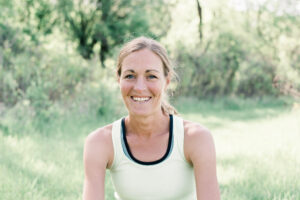 Anne Tully As a VDOT 02 certified distance running coach and avid runner for over 20 years, I have gained both educational and experiential knowledge to suit runners at all levels. My experiences include running over 25 marathons with a personal best of 2 hours, 59 minutes as well as winning several local races including the infamous local Syttende Mai race. As a coach, I have experience working with runners of all different levels and distances including high school and middle school cross country and track athletes. 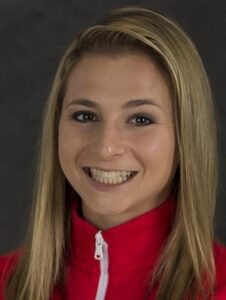 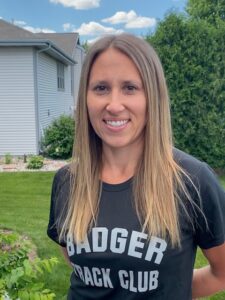 Brianne Babcock has been running competitively since she was 8 years old. After graduating from Plymouth High School in 1998, she went on to compete in cross country and track and field for Northern Illinois University and UW- Milwaukee.

She has continued her passion for running as an adult participating in many road races and marathons including running the Boston Marathon twice. Brianne is married to Dan and they have two daughters, Mackenzie and Logan. They live in Cottage grove where she currently coaches middle school track and cross country

Alex Brinen is a recent graduate of Memorial High School in Madison Wisconsin.  He competed for Memorial in Track and Cross Country for 4 years and earned his letter while competing.  Alex spent several years competing for Badger Track club and he is now transitioning into the coaching side of the club 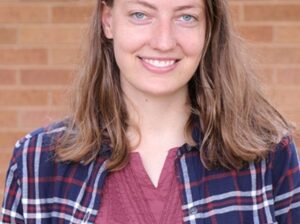 Lizzy Teaches in the K4 room at Our Redeemer.  She was born and raised in Madison Wisconsin.  She graduated from UW-Platteville with a major in Elementary Education and a minor in Early Childhood Education.  She recently got married in December to her husband Nolan.  In her free time she enjoys spending time with her family and friends and running.  Lizzy will be doing with work the younger athletes in the club.

Jennifer Howlett lives in Madison with her husband and 3 children, one a lover of all things running, and when Coach Glenn retired saw a need for track to continue on the westside. She and a group of 4 other parents created a plan to continue the club. Luckily, Coach Scott stepped up and the club continued as the Badger Track Club. When not momming or at track she is a Medical Laboratory Technician at SSM Health St. Mary’s Hospital. This year she is moving from the club’s Manager to assistant coaching sprints. She is looking forward to a great season. 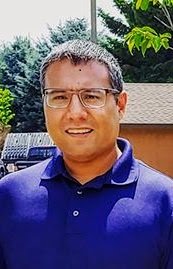 Robert Ramos currently lives in Fitchburg and was born and raised in Madison Wisconsin.  Robert coached for West Side Track Club from 2010-2016.  He was the sprints coach and co-founder of Oregon Track Club 2017,2018. Robert specializes in sprints and hurdles and holds a USATF Level 1 certification.  He is also the head track coach at Holy Cross Lutheran school.  Robert has been around track and field most of his life.  As a parent and coach, he hopes to bring the same joy and enrichment to the community through track and field while uniting families the way it has his own.  He is married to Bethani Ramos and has three sons, Rynaldo, Raul, and Ramiro. 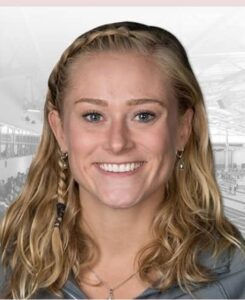 Kelsey A. Sullivan is a coach, athlete and social worker from Marshfield, Ma. Kelsey competed collegiately in the Heptathlon/Pentathlon at Northeastern University (2014-2016) and University of Wisconsin-Madison (2017-2019).

Kelsey started her track and field career at Marshfield high school her freshman year. With a background in gymnastics and soccer Kelsey was always willing, eager and able to try a new events. Her HS coach introduced her to  heptathlon and she found her niche!

Kelsey says she does not have a favorite event, she loves them all, but if she had to pick…. It would be the 800m because it takes the most guts/grit.

Kelsey graduated from the University of Wisconsin in 2019 as a first generation college student with a degree in social work. Kelsey has spent the last two years working in the community as a social worker in mental health and high school track coach at Edgewood High School. 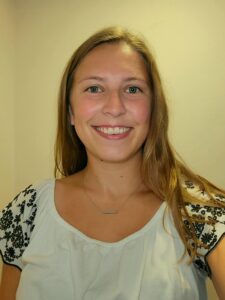 Jordyn Riemer currently lives in Madison, WI, but was born and raised in Beloit, WI. She competed in Cross Country and Track & Field, through school and club teams since she was 12. Her favorite events are the 200m dash, and the 4x100m & 4x200m relays.

She received her Bachelors degree in Psychology and Masters in Social Work from UW-Madison. During that time, she was an active member of the Wisconsin Track Club, serving as Assistant Sprints Coach and Volunteer Coordinator.
In her free time, she enjoys hiking, camping, running, and reading. She is looking forward to supporting younger athletes and spending time in the world of track and field. 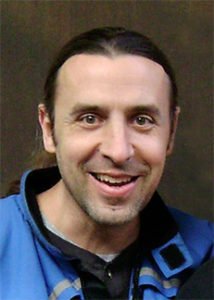 John Fiegel
John ran cross country and track in high school and was named MVP of both his senior year. As an adult he has continued to run, competing in numerous marathons, half-marathons, 5Ks and duathlons. John is a Special Ed Assistant at Hamilton Middle School and a freelance graphic designer. He has been married to his wife, Becki, for 20 years and they have three wonderfully energetic kiddos, whom John is certain will keep him active for the foreseeable future. 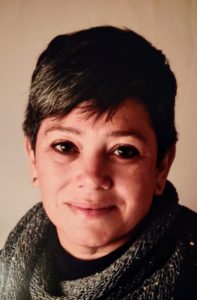 Bethani Ramos currently lives in Fitchburg with her husband Robert and 3 sons Rynaldo, Raul and Ramiro.  Beth has assisted West Side Track Club, and Oregon Track Club with their team management and administration.  She also does team management for Our Redeemer Lutheran School and Holy Cross Lutheran for coach Robert.  She has 25+ years of experience in childcare.  She was a co-founder of Oregon Track Club. 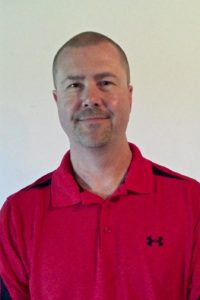 Don Wigington lives in Middleton WI.
Vice President of Sports and Health Programs for Special Olympics WI.
Has coached Individuals with Intellectual disabilities for 15 years.
Son Tyler is a High Performing Special Olympic and Paralympic Runner.
Don is in charge of our Paralympic Track and Cross Country Programs.